I was invited to participate in the Tour Through Blogland by Paranormal, Fantasy, Romance author Flossie Benton Rogers.

Flossie Benton Rogers, author at Secret Cravings Publishing. The paranormal fantasy Wytchfae series is populated with  witches, faeries, demons, angels, goddesses, dark guardians, ghosts and other magical beings. The Wytchfae world brims with dimensions parallel to our own. Some are welcoming, others dangerous and forbidding. Through the darkest night and  the fright of unchained chaos, the elemental flame of love always flickers.

Flossie is a friend and mentor of mine within our SSRA chapter, In fact, Flossie got me onto the Twitter band wagon which enabled me to meet my publisher, Black Opal Books. So many thanks, Flossie. One of the keys to writing success is to be in an environment with successful authors. No need to reinvent the wheel. Follow what they have done and you’ll do it too. It certainly has worked for me.

Now it is time for me to carry on the tradition.

Rules For This Tour 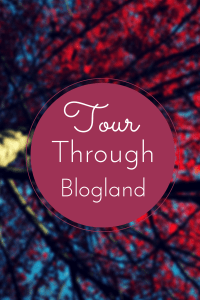 2. Give them the rules and a specific week to post as described in number 4 (usually a Monday but can be another day of the week).
3. Answer 4 questions about your creative process which lets other bloggers and visitors know what inspires you to do what you do. Your answers will be posted by the writer who nominated you.
4. Post your answers on your own site the following week in a separate article. You can expand your article however you wish. Link to the writer who nominated you.

Today I have with me on my blog, fellow Black Opal Books Author, Leslie Hachtel.

Leslie Hachtel was born in Ohio, raised in New York and has been a gypsy most of her adult life. Her various jobs, including licensed veterinary technician, caterer, horseback riding instructor for the disabled and advertising media buyer have given her a wealth of experiences.

However, it has been writing that has consistently been her passion. She sold an episode of a TV show, had a screenplay optioned and has so far produced five novels, including three historicals. “Texas Summer”, her contemporary, is now available on all major e-book sites, as well as the Secret Cravings Publishing website. Her second historical, “The Defiant Bride”, will be released on February 28th. “Captain’s Captive” will soon be published by Black Opal Books.

Leslie lives in Memphis, Tennessee with a fabulously supportive engineer husband, a wonderful stepson, Matt and her writing buddy, Jakita, a terrier.

1. Are you more plot or character driven in your writing process and why?

I am definitely character driven. I create the characters first and then allow them to run the story. I have tried plotting first, but the characters just ignore it anyway, so I may as well just let them do what they want. I created Kennedy and Wylie and their chemistry was immediate. She had a history and lived in a town filled with plots, murder and intrigue. When Wylie appeared, he was drawn in and felt the need to help her. It is their story together that unfolds and the plot needed to be fluid to accommodate it.

2. Where do you find most of your inspiration?

I would have to say from my imagination. I write stories with backdrops in historical periods or in places I find fascinating. It is so much fun to experience various settings with people I would love to have known. Sometimes, I take an area I am familiar with and use it as the background. For example, I lived in New Mexico and the mesa was always, in my mind, full of secrets. In “Texas Summer”, once the people came to life, the secrets revealed themselves. Well, some of them. There are so many more.

3. Do you work on more than one project at a time?

I do. Most of the time I work on two at a time. Switching between projects allows me to keep a fresh prospective on both. When I was writing “Texas Summer”, I was also writing “The Defiant Bride” which is set in 1509 England. The heroines are both strong, determined women who had to confront obstacles to find true love. Switching settings, though, made the focus of each story sharper.

4. Do you stick to projected storyline or do you let a story flow and take its own life?

There are certain parameters I try to adhere to when I write. For example, I do know ahead of time the beginning, the middle and the end. How the characters achieve this is pretty much up to them. So I suppose the answer is that I do both. Wylie and Kennedy, for example, were to meet, face conflict and fall in love. But, as I introduced other characters, their interactions changed the original direction I had in mind. The villains jockeyed for positions and a different antagonist emerged. In “The Defiant Bride” a similar situation occurred. A new character came to the forefront and allied himself with the original villains. It is my job to just tell the tale as it happens

Get your copy here!

I hope you enjoyed this blog and feel free to ask Leslie questions in the comments below.

The Mind Behind The Crime,